The scary side of ghost kitchens 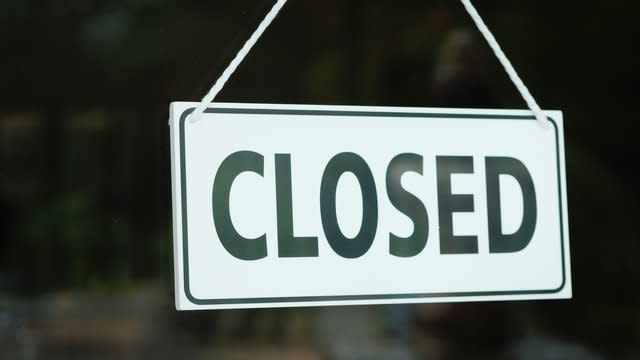 By Ritual co-founders,  CEO Ray Reddy and COO Robert Kim, originally published on Pizza Marketplace. What can restaurants do to survive and thrive in an "on-demand" world? According to recent pieces in the The New York Times, CNBC and The New Food Economy, the answer is ghost kitchens. As the Times put it, delivery and pick-up-and-pay apps are creating, "virtual restaurants" with no physical storefronts, tables or chairs. These restaurants exist for customers, only inside a mobile app.

But are these ghost kitchens good for restaurants in general — particularly for the future of longtime local gathering spots like pizzerias? Do ghost kitchens help build communities, for instance, and give mom-and-pop restaurants an opportunity to grow? And finally, you have to ask whether the restaurant industry truly benefits from a trend toward more ghost kitchens? Or is it perhaps, just those behind the apps who really profit?

When an on-demand world turns restaurants off

Today, restaurants are struggling to make ends meet as food delivery adoption increases. According to an eMarketer report, "36% of U.S. internet users ordered restaurant delivery in the past year." And yet, for many restaurants, the price of doing business in an on-demand world is the price of profitability itself.

A piece in "The New Yorker," for instance, revealed that while 30% to 40% of the total revenue of many restaurants is now based on delivery, while those same restaurants have also become 30% less profitable.

That article also asserted that the idea that delivery services have brought restaurants new, "incremental" business they would not otherwise have gotten, is false. The report explained that when consumers use third-party delivery for an increasing percentage of their meals, they actually begin to replace, rather than augment a restaurant's core business. This assertion was backed up by corroborating data from Morgan Stanley.

So the fact is that even for most delivery-centric pizza brands, delivery orders replace more profitable takeout or dine-in meals. As a result, that "incremental" argument falls apart.

At Ritual, we've found that, on average, local restaurants are losing money on delivery. In fact, some of our limited-service partners have noted that profits on pickup orders are about 33% higher than on delivery orders. And, year over year, those profits have been increasing.

It is possible for restaurants to benefit from the on-demand economy. But, the high fee structure common to third-party delivery apps isn't the answer. For instance, one Ritual client, Protein Bar & Kitchen, illustrated the issues restaurant operators face.

"Pickup is much less margin-dilutive and allows you to build a relationship with the customer and maintain a good degree of control over the experience because they're still coming into the restaurant," Protein Bar COO Jared Cohen said recently. "Also, the customer mix is rapidly shifting to digital platforms (owned and third-party), and you need to have a compelling presence where the customers are if you want to be successful."

In short, to truly thrive, restaurants need a diversity of revenue streams from online, mobile pick-up-and-pay apps, and in-person orders.

Lose a restaurant, lose a community

Still, many restaurants are trying to respond to these changes in consumer tastes that a digital-first world has brought on. As previously mentioned the growth of delivery has also coincided with a stagnation in restaurant profits, even as brands look for new ways to boost profitability.

In fact, many brands add complementary offerings through ghost kitchens to help them make up for the lost revenue that delivery is lending to in the first place. But are those same ghost kitchens actually eroding some of the community's cohesiveness itself in some ways?

Brands that have seen the most success expanding into this ghost or virtual kitchen structure are those which have created relatively a low-cost, easy-to-produce menu that recycles existing menu ingredients. And, since ghost kitchens only demand kitchen staff, no further investment in front-of-house team members or customer service is necessary. In these ways, brands benefit from these virtual concept spin-offs.

But they're still missing a very key ingredient: community. Restaurants — particularly neighborhood pizza "joints" — are quite often little epicenters of community activity. These are the places the team meets after the game, or where teens meet or go on first dates.

In these ways, restaurants are not only meeting spots and places to make connections, but they can help form a neighborhood's personality. When those meeting places are replaced by "virtual" spaces, the neighborhood loses the kind of connection points that make communities, communities. The question then is how does the restaurant industry still move remain innovative, convenient and technologically on trend, while still retaining its role as a kind of community glue?

Making communities the center of the new 'Food Economy'

The good news is, there are many opportunities for restaurants to push forward with increased profitability, while still retaining their roles as community-builders. Some of the most successful restaurants Ritual works with, for instance, have grown both their digital and physical presence by adding weekly pop-ups or expanding offerings to farmers markets.

By using a pick-up-and-pay app, the restaurant brand benefits from the platform's marketing efforts and ease of use, while attracting new customers and even testing out some new ideas which, if successful, can even go on to become more successful than the original restaurant concept.

Similarly, brands can host weekly or monthly events, including everything from monthly themed pizza parties or deep dives into world cuisines, to weekly happy hour specials. In some cases, Ritual has even partnered with restaurants to create week-long food festivals, while many cities create restaurant or pizza week events that can fuel a brand's prominence and build bridges into the community, as well.

The point of all this is to say that even in this on-demand world, restaurant leaders must remember that some things of great value that restaurants bring to communities simply cannot be replaced. Restaurants and technology can work together to serve local communities and make the people living and working in their surroundings central to their offerings. In doing so these pizza brands can truly enliven, rather than merely "ghost" their neighborhoods and enhance, rather than extinguish, long-term profitability.